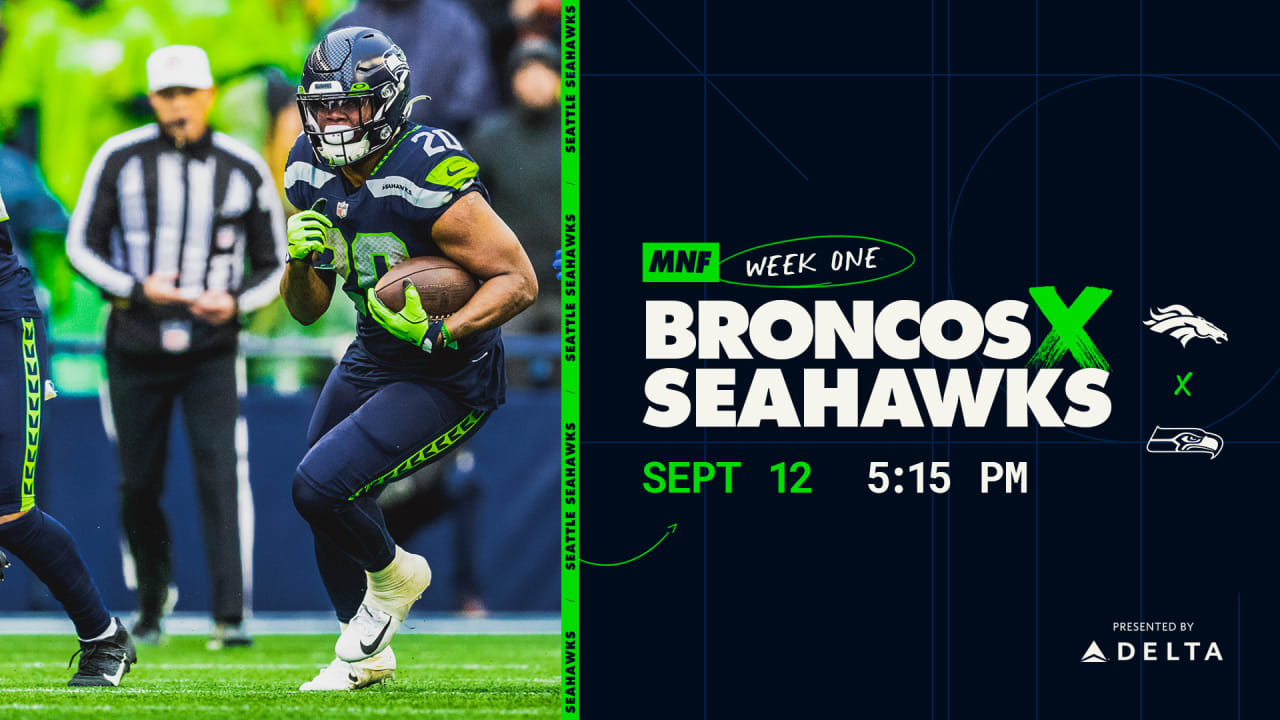 The Seahawks will open their 2022 season playing on a national stage, hosting the Denver Broncos on Monday Night Football in Week 1. buy tickets now.

In addition to renewing an old AFC West rivalry and also being a rematch of Super Bowl XLVIII, a 43-8 Seahawks win over Denver, this Seattle vs. Denver matchup also offers plenty of extra intrigue because it will see Russell Wilson return to Seattle for his first regular-season game as Denver’s quarterback following 10 seasons with the Seahawks. The game will also feature tight end Noah Fant, defensive end Shelby Harris and quarterback Drew Lock facing their former team after joining Seattle as part of that trade that felt Wilson to Denver.

With every NFL team announcing its home opener, the Seahawks’ Week 2 game was also announced ahead of this evening’s full schedule release, with Seattle heading to Santa Clara to face the 49ers on September 18 for a 1:05 pm game that will air on FOX

The entire Seahawks schedule will be released at 5 pm PT on Seahawks.com, NFL.com and the NFL Network. In addition to the first two games being announced, the Seahawks also already know their Week 10 matchup, which will see them face Tampa Bay in Munich, Germany.