The big news for Novavax (NVAX 6.27%) investors this week was that the company reported its first-ever quarterly profit. The COVID-19 vaccine maker delivered a strong top line which led to a whopping $203 million profit for the first three months of the year, which was a big reversal from the $223 million loss that it incurred in the same quarter of 2021.

However, despite the seemingly positive results, the stock initially fell as its revenue fell short of analyst expectations. But I’d argue that neither the top nor the bottom line is what investors should be focused on right now. 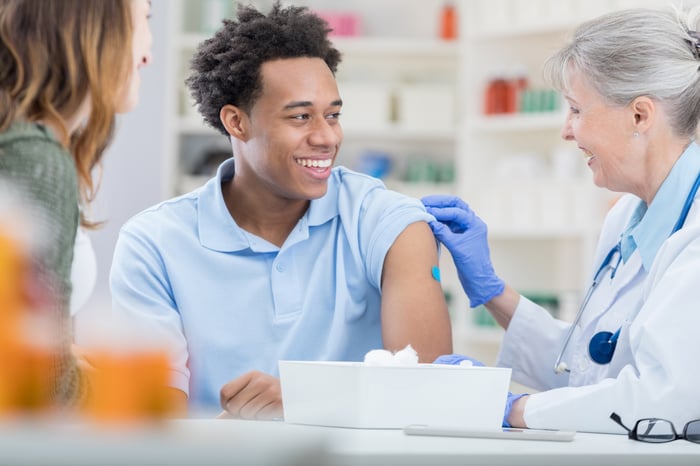 Novavax’s future beyond COVID is a big question mark

Regardless of whether or not you think Novavax’s COVID-19 vaccine will obtain Emergency Use Authorization from the US Food and Drug Administration this year, the business needs to have products that can generate long-term growth beyond just COVID.

There’s the possibility that health officials will administer booster shots annually for COVID either by themselves or in conjunction with a flu shot. But with pfizer and Modern already dominating the COVID-19 market, there may not be much left for Novavax. And globally, there are even more vaccines that countries can choose to use

Not obtaining an EUA by now could mean that it’s too little too late for Novavax to benefit from significant revenue in the US market. And while Novavax has reiterated its guidance this year, which calls for between $4 billion and $5 billion in sales, what happens after that remains a question mark.

What Novavax needs is time to develop other treatments that it can count on for growth beyond just COVID. Its influenza vaccine, NanoFlu, is in phase 3 trials and could be what the business builds around. ResVax, which aims to prevent the respiratory syncytial virus, is another one that could play a role in the company’s future growth.

However, today Novavax only has a COVID-19 product it can sell (outside the US), NVX-CoV2373. And to buy time to develop other products, it needs to have plenty of cash on hand.

The rate at which Novavax is depleting its cash is what I’d consider to be the most important number that investors should consider. If the cash burn is too high, that could mean the company needs to raise money through stock offerings (ie, dilute shareholders) or take on debt. Neither option is great.

The good news is that Novavax is flush with cash right now. As of the end of March, it had cash and cash equivalents totaling $1.6 billion. What’s key, however, is how much the company is using up over the course of its day-to-day operations. For the past three months, the company’s operating cash burn was $88.5 million.

That is the number that’s crucial. If the company were to maintain that rate of cash burn, that could mean Novavax’s cash could keep its operations afloat for nearly 18 quarters, or more than four years. In reality, the company’s cash burn will fluctuate over time. But the positive takeaway from the first quarter is that Novavax is in great shape financially. Although it’s burning money, it isn’t doing so at a problematic rate.

Is Novavax a buy?

Novavax is a risky stock in that it’s still uncertain how it will perform in the future. It’s a safer investment than other biotech stocks simply because of its strong cash position, and that does make it a better buy in comparison. However, if the company’s cash burn accelerates — and it could happen if Novavax doesn’t remain profitable — then that could quickly change. That’s why it’s a number investors should always keep a close eye on as it can be a possible predictor of future problems and dilution.

If you’re a risk-averse investor, Novavax is a stock you should avoid until it has some approved products that don’t rely on COVID. But if you’re OK with taking on risk and have the time to monitor the stock closely, Novavax could be worth taking the chance on, especially with the healthcare stock recently hitting a new 52-week low.