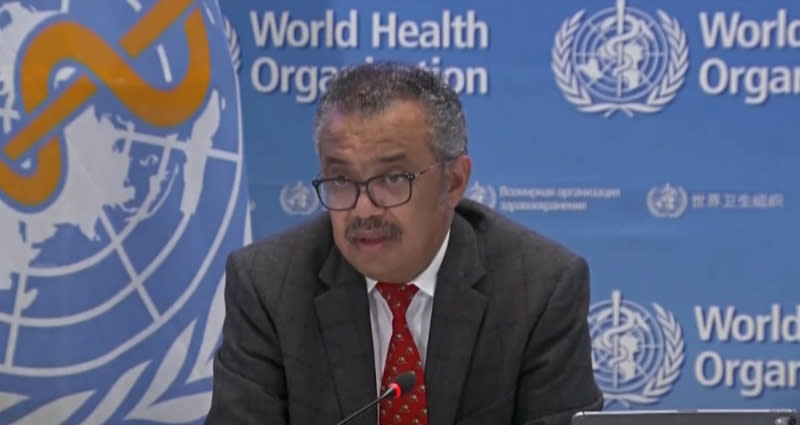 The world’s top health official has reportedly been censored in China after calling its zero-COVID policy unsustainable and stressing the importance of a shift in strategy.

WHO Director-General Tedros Adhanom Ghebreyesus made the criticism at a press briefing on Tuesday.

“We don’t think that it is sustainable considering the behavior of the virus now and what we predict in the future,” he said about the omicron variant, which recently forced Shanghai into a six-week lockdown and Beijing into aggressive mass testing.

“We have discussed this issue with Chinese experts. And we indicated that the approach will not be sustainable,” the WHO chief added. “I think a shift would be very important.”

Tedros’ remarks were soon posted on the United Nations’ Weibo page. It immediately drew criticism from users, and by Wednesday morning, it was no longer available “due to the author’s privacy setting.”

The post was not the only thing that disappeared. THE hashtag containing the official’s name was also scrubbed as well as images that included his face.

Meanwhile, an article that cited Tedros’ comments was banned on WeChat “due to a violation of relevant laws and regulations.” Videos of him making the remarks were also removed from the platform.

Zhao reiterated that the East Asian country’s zero-COVID policy “can stand the test of history.” He described China as “one of the most successful countries in epidemic prevention and control” and that such success is “obvious” to the international community.

Tedros was accused of being a Chinese ally early in the pandemic. This stemmed from the WHO’s praise of Beijing’s rapid response and repetition of its statement that there was “no clear evidence” of human-to-human transmission.

Zhao suspects that Tedros’ opinion may have been influenced by Western media “such as Reuters.” He charged Western outlets of deliberately confusing the WHO official “to undermine the global contribution of China’s COVID-19 fight, ahead of a US-organized global COVID summit.”